Qualified plans must perform annual testing to be sure that the plan doesn’t unfairly discriminate in favor of “highly compensated employees” (HCEs) or exceed the contribution limits set forth by the IRS. Depending on your plan provisions, it isn’t just one calculation, but a series of tests that show that your plan is not discriminatory. If your plan is audited, the auditor is looking for proof of this compliance.

Since most retirement plans operate on a calendar year basis, testing season is now! If a testing failure occurs, correcting the failure by March 15th can save the plan sponsor excise taxes and additional filings. Getting year-end data in early, including complete census information, is paramount. Though (company name) does all the heavy lifting to ensure your plan passes the appropriate testing, all plan sponsors should understand the basics of testing so that they can confirm all tests and any appropriate corrections are completed each year. The following are some helpful definitions to get you through the basics of compliance testing.

Is an HCE the same as a Key Employee?

An HCE and a Key employee are two separate definitions used to test different aspects of a retirement plan. Who qualifies as an HCE is determined on an annual basis. An employee is an HCE if:

An employee is a “Key” employee if they meet any of the following criteria:

What do the different compliance tests mean?

Plan sponsors should be aware that sometimes other companies or plans must be aggregated to satisfy the tests listed above. If you have any questions about the tests, be sure to contact (company name) for further information.

If your plan offers a Roth 401(k) provision, your participants might ask, “Which one is better for me?” As the availability of Roth options in 401(k) plans and Roth contribution percentages continue to rise, it’s important to be able to guide participants in making the right choice.

401(k) plans offer many advantages to participants; the ability for accounts to grow on a tax-deferred basis, the chance of receiving employer contributions in the form of a match or non-elective contribution, the ability to contribute even after attaining age 70 ½, and protections from bankruptcy. These benefits are consistent whether a participant chooses traditional or Roth contributions, or even both! So, what makes Roth and traditional routes different and what are the advantages and disadvantages of each?

Traditional 401(k) contributions, or those contributed on a pre-tax basis, have been the mainstay of the 401(k) plan since its inception in 1978. Today, more than 50 million workers are active participants in their employer’s 401(k) plan and, until 2001, all contributed on a pre-tax basis. Pre-tax contributions are deducted from an employee’s paycheck before the application of federal and state income taxes. (Pennsylvania is the only state that does not exempt 401(k) contributions from personal income tax.) These contributions, along with any employer contributions and investment gains, remain tax-deferred until withdrawal. At the time of withdrawal, the participant will pay all appropriate income taxes due. If withdrawals occur before age 59 ½, disability, or death, an additional early withdrawal penalty of 10% will apply.

On the contrary, Roth deferrals are contributed on an after-tax basis with the employee paying all current federal and state taxes. Once contributed to, these accounts accumulate in the same fashion as traditional 401(k) accounts until withdrawal. With a Roth account, your contributions and their investment earnings can be withdrawn tax-free, provided the withdrawal does not occur before age 59 ½, disability, or death. Even with an early withdrawal, only the investment gains and employer contributions will be taxed as income and subject to the 10% penalty.

What is the attraction of utilizing Roth 401(k)? It’s down to the individual participant’s tax situation. For young employees, who’s income and tax rates are low, paying the tax now makes sense. Chances are, their tax rates will be higher in the future. For those with many years to retirement, the compounding of their investment gains will make up a far greater percentage of their account than their contributions. Being able to withdraw those funds tax-free can be very attractive. For participants who are paying a high tax rate currently and might be closer to retirement, Roth may not be so attractive. One exception might be if the participant plans to leave the Roth as a legacy to their heirs, who can then stretch out the tax-free growth over their lifetime.

Participants don’t have to choose one option over the other. Many participants choose to split their deferrals by contributing some on a pre-tax basis and some on a Roth basis, thereby hedging their bets on what future tax rates might bring.

In 2018, the 401(k) plan celebrated its 40th birthday! Though extremely popular today, 401(k) plans came about almost by accident. IRC Section 401(k) was passed into law as part of the Revenue Act of 1978 and was included to limit executive compensation. However, in 1980, Ted Benna of the Johnson Companies used the provision to create and get IRS approval of the first 401(k) plan for his company. For this he is often referred to as the father of the 401(k).

At its inception, employees could contribute up to 25% of their salary with a maximum of $45,475 per year. Through the mid-80’s, the limits were consistently reduced to a low of $7,000. Since that time, they have been increased through cost of living adjustment to the current 2019 limit of $19,000. In 2001, the ability to contribute catch-up and after-tax Roth contributions was passed into law with the Economic Growth and Tax Relief Reconciliation Act.

A lot has changed with 401(k) plans in the last 40 years. In September of 2018, 401(k) plans held an estimated $5.6 trillion in assets! This represents nearly 20% of the $29 trillion in US retirement assets (total of both public and private sector plans). In 2018, the Plan Sponsor Council of America (PSCA) released their 61st Annual Survey. The survey includes the data of over 600 defined contribution plan sponsors with over 40% of responders sponsoring plans with 200 participants or less. While packed with great statistics regarding its findings, the survey highlights some interesting trends in the retirement plan industry.

The good news for 401(k) plan participants: contributions to retirement plans are on the rise. The survey showed that participants saved an average of 7.1% of pay in 2017, up from 6.8% in 2016. This, combined with an increased employer contribution percentage of 5.1%, gives a total savings rate of more than 12%! Roth contributions keep rising with 70% of companies offering this option, especially among plans with fewer than 50 employees. Additionally, the survey showed a trend toward more generous matching formulas with the use of dollar-per-dollar matching contributions above 3% of pay, increasing from 24.1% to 35.8%.

You can learn more about the PSCA or obtain a copy of the full survey on their website at www.PSCA.org.

Mike is a retirement plan specialist having assisted thousands of organizations in designing, installing, and servicing their retirement plan. Mike and his firm have become a respected partner to numerous companies, organizations, and financial advisors.

Mikes experience spans more than 25 years in the employee benefits field. Recognizing a need for experts in the retirement plan space, Mike has spent the past 17 years focused exclusively in assisting organizations with their retirement plans. This dedication has led Mike to earning several industry licenses and designations, including the rigorous Retirement Plans Associate (RPA).

In his free time, Mike enjoys time with friends and family playing golf, fishing, and attending music concerts. You can also find him enjoying a good history book. 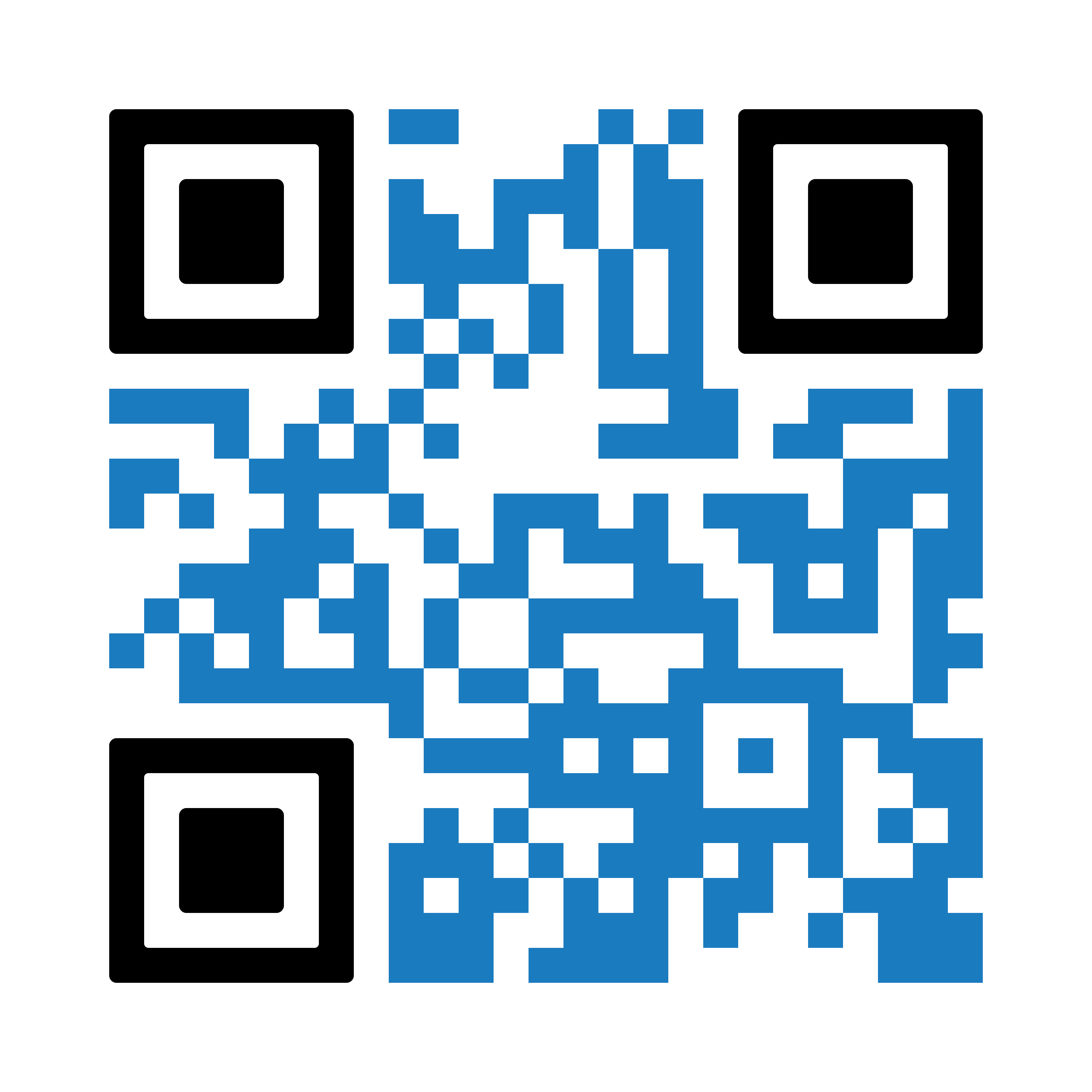 David Lederman joined the AimPoint Pension team in April 2020. David is involved in the drafting of retirement plan documents for new plans, as well as for plan restatements and amendments, helping ensure that we achieve clients’ objectives relative to attracting, retaining, and providing for the retirement security of employees. David enjoys working with his Aimpoint Pension colleagues and clients in a collaborative effort to ensure that plans continue to evolve with changes in circumstances, laws, organizational structures, workforce demographics, and more, over the plan life cycle.

David acquired a Masters (M.S.) of Physics at Michigan State University, Juris Doctorate (J.D.) at the University of Michigan Law School, and Master of Laws (LL..M.) at the University of Miami School of Law.  As an attorney in private practice for more than a decade, David’s practice focused on advising plan sponsors in connection with the design, implementation, and maintenance of their employee benefit plans. Through this experience, David developed a facility for understanding and resolving complex problems in retirement plans and their administration, skills he employs every day in his work at Aimpoint Pension.

In his personal time, David enjoys physical activities such as swimming, running, tennis, and bowling. He also likes reading, including contemporary fiction, and watching movies from the last century. 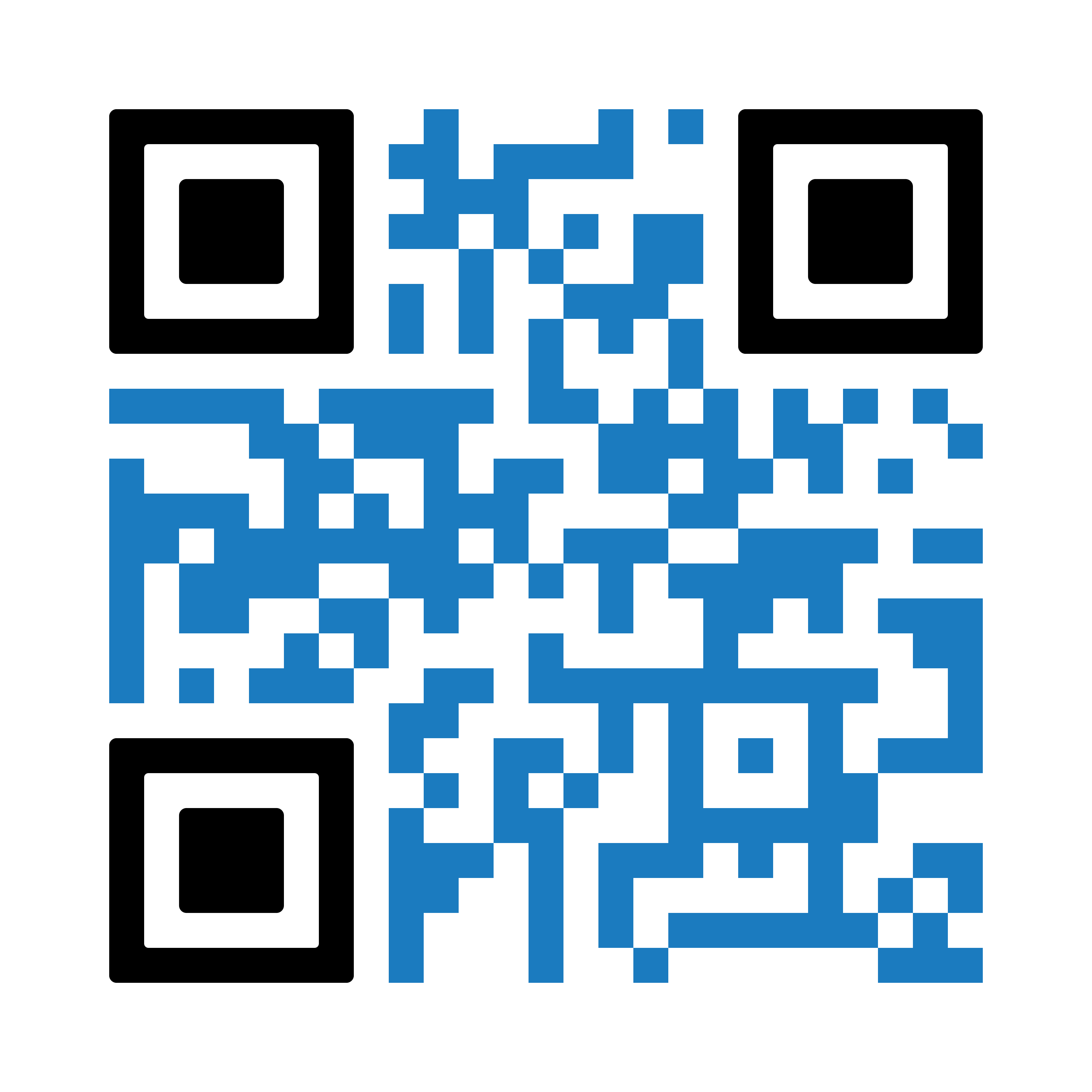 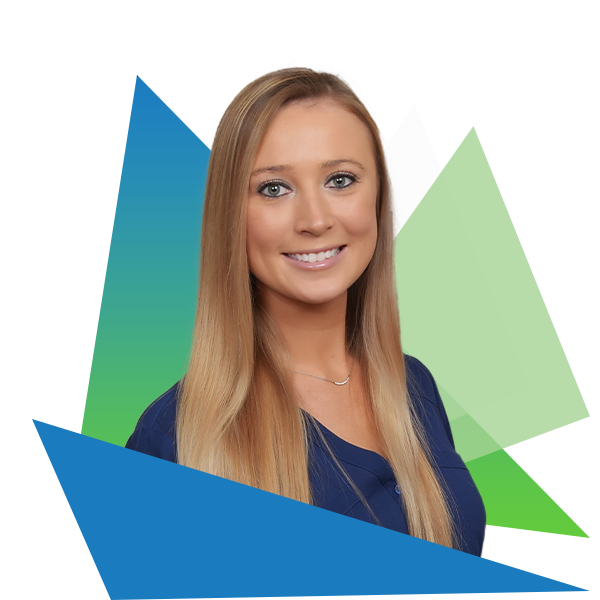 Dakota Golaszewski joined the AimPoint Pension team in October of 2020. In her role, Dakota assists her clients in DB/DC contribution calculations, compliance testing, and preparation of Plan Governmental Tax Forms.  She is known for her high level of customer service and works closely with her clients and their Financial Professionals consulting on the best options to position the plan now and in the future. Dakota is on a vigorous career path to becoming an Enrolled Actuary.

Prior to joining AimPoint Pension, she earned a B.S. in Mathematics-Actuarial Science Concentration.

In her spare time, she is dedicated to giving her Rottweiler, Nahla, the best life possible. They go everywhere together and enjoy spending time at the beach, hiking in the Poconos, or just relaxing under the sun. 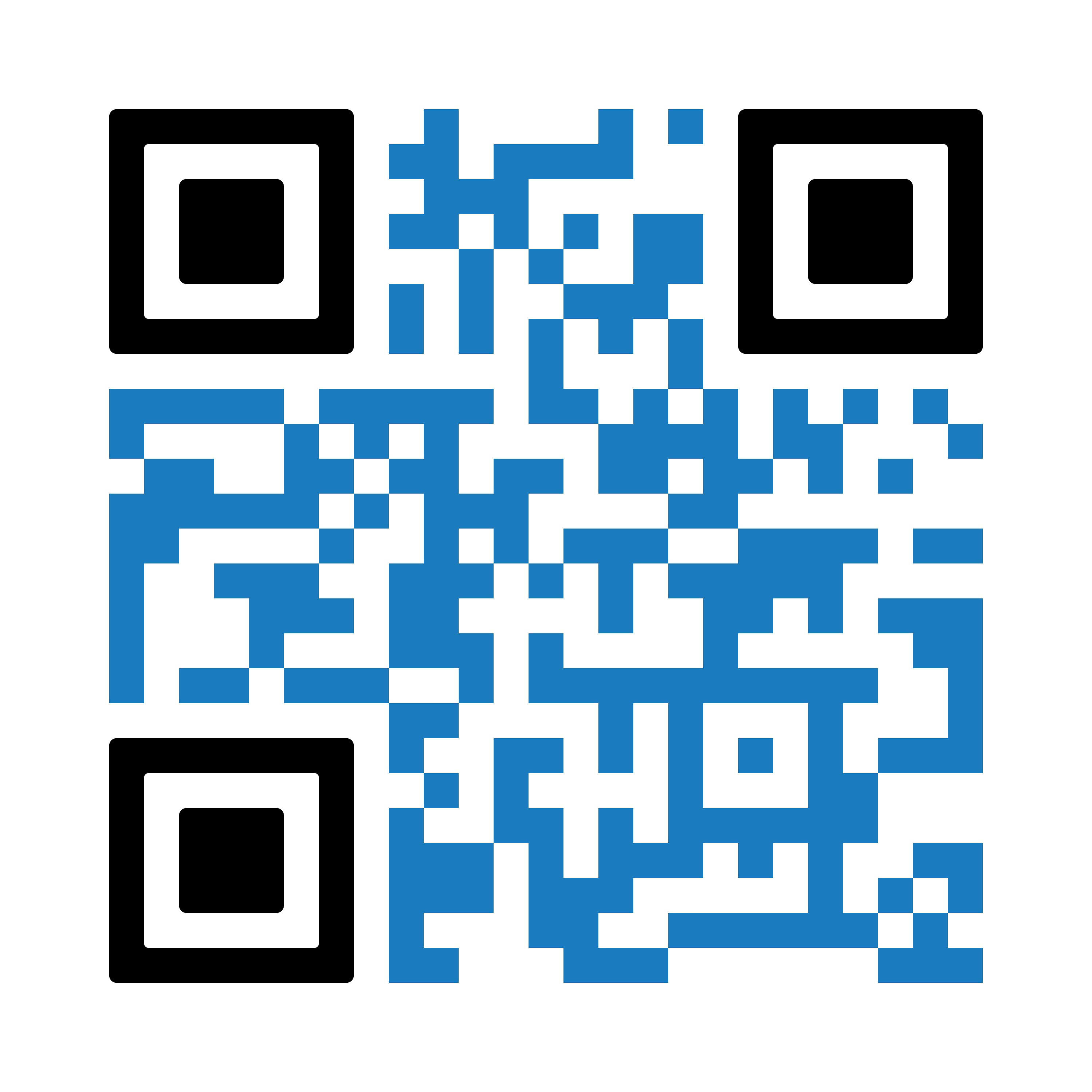 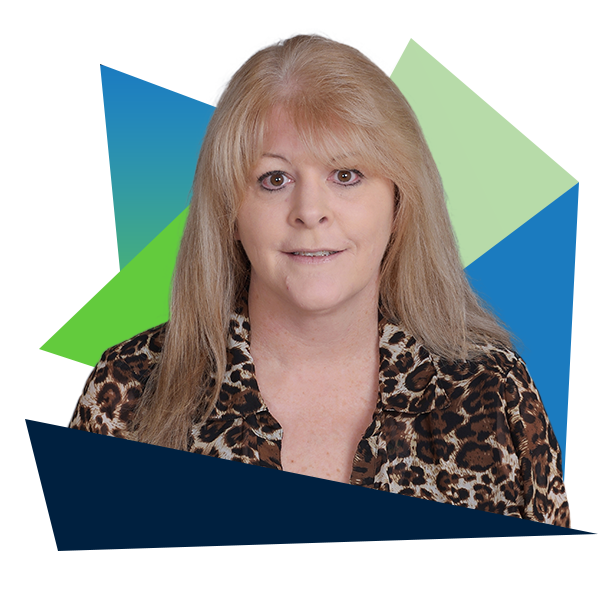 Krista Eyring joined the AimPoint Pension team in October of 2020. In her role, Krista assists and supports her Clients and their Participants with all aspects of their retirement plans while providing them with superior customer service.

Krista enjoys helping and educating people.  She strives to play a very meaningful role in their retirement plans and their long-term goals. Krista’s focus is in answering all questions in a way that clients understand and most of all put their minds at ease for the future.

She has worked in the Retirement Industry since 1992 administering Taft-Hartley Defined Benefit and Defined Contribution plans representing many various Local Union Trades in not the Baltimore, MD, and Washington DC areas. Krista is HIPPA Certified, Cyber Security Certified and is a Notary Public.

In her spare time Krista’s passion is live music…  she loves to go to concerts and music festivals with her village of friends which claim she is a total musical lyrics nerd.  She loves to travel (especially for a concert) and is looking forward to traveling a lot this year before settling down on the Gulf Coast of Florida to start a new chapter in her life as a first time Grandmom. 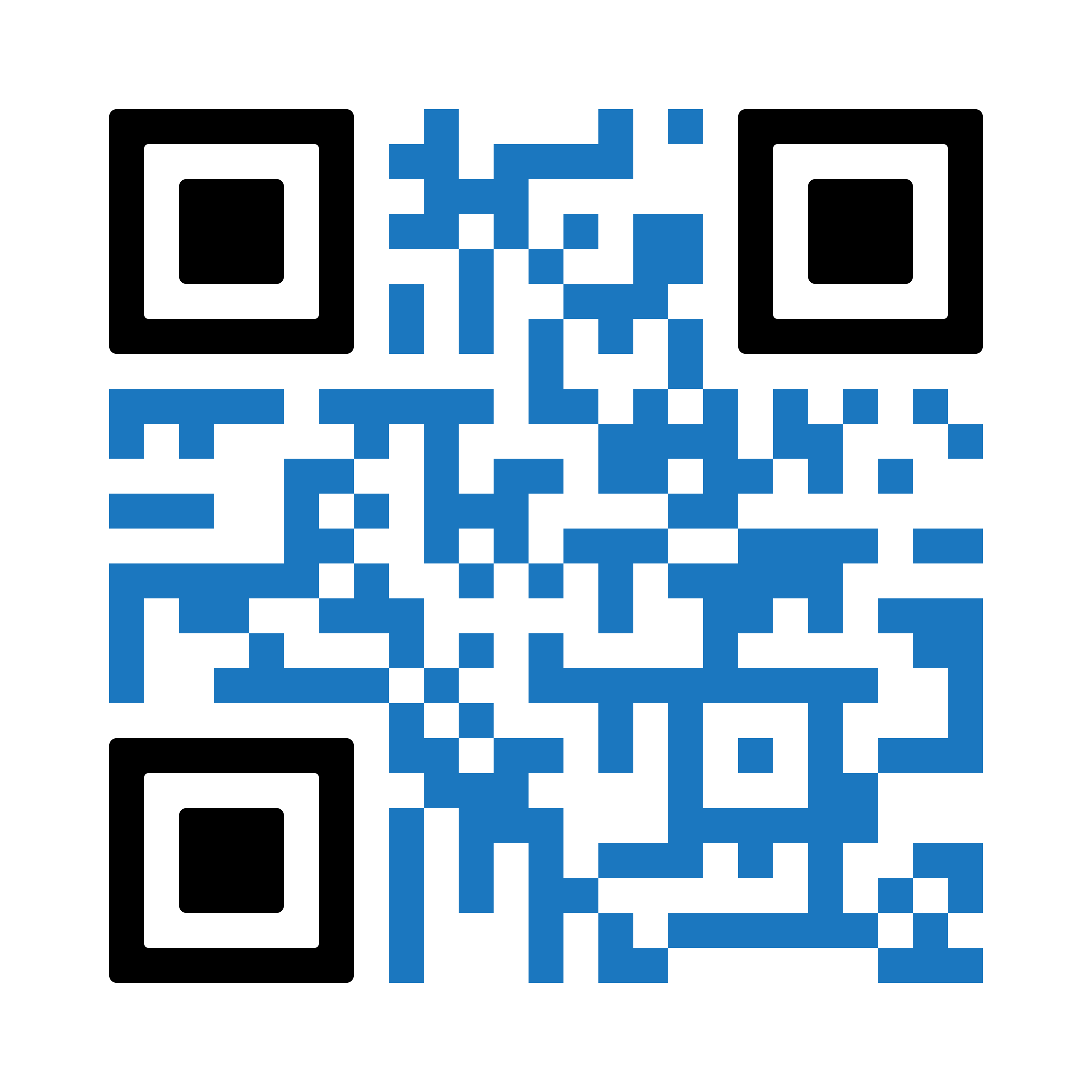